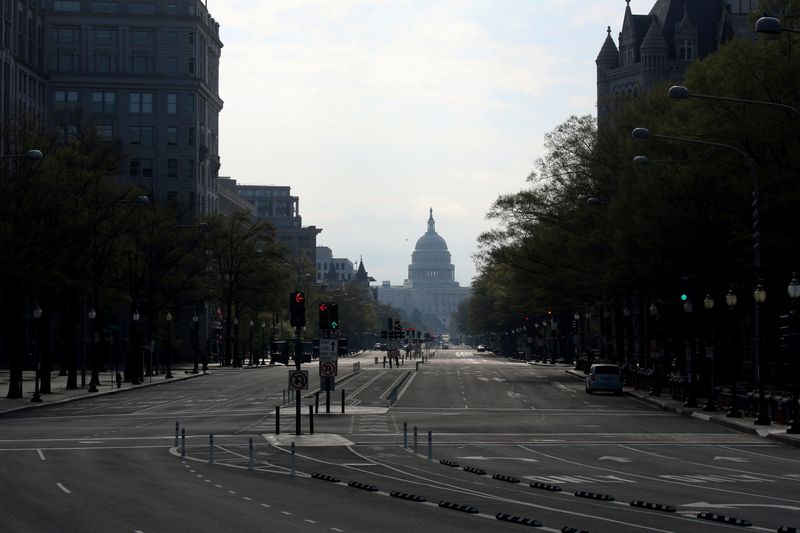 © Reuters. The downtown district of Washington, looking east to the U.S. Capitol, remains largely empty to try to limit the spread of COVID-19 during the coronavirus disease pandemic in Washington


By Michelle Price and Pete Schroeder

WASHINGTON (Reuters) – Roughly $70 billion of a $350 billion pot of loans to cover the payrolls of ailing small businesses have been originated by U.S. lenders in recent days, President Donald Trump said on Tuesday, adding that that money was “essentially loaned.”

In fact, no one, including the administration, seems to know how much of that money has made it into the hands of small businesses, many of which say they have yet to see a penny.

“They’re saying it’s going great but on the street no one’s received any funds yet,” said Sachin Mahajan, who shut down his restaurant, Karma Modern Indian, in the heart of Washington, D.C., on March 16 after business nosedived.

“All the business owners I have spoken…