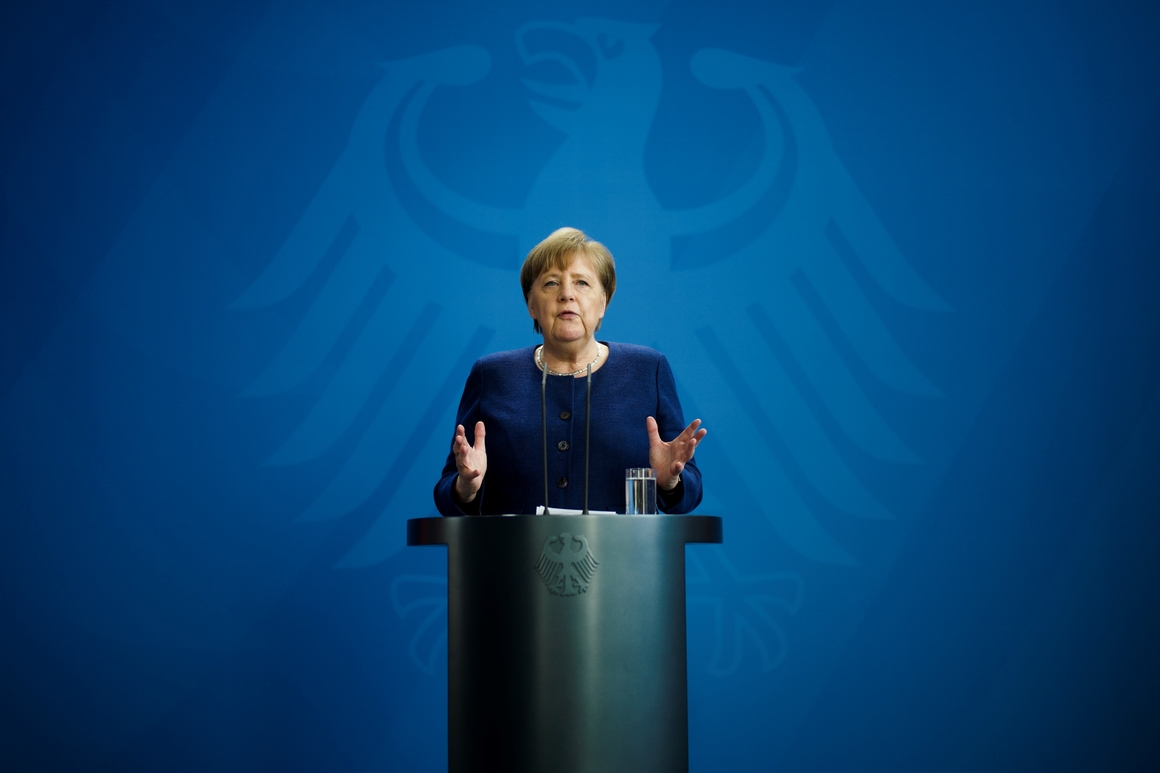 If Germans didn’t trust President Donald Trump before the coronavirus outbreak, the crisis has convinced them that his unyielding “America First” instinct puts other countries and their citizens at risk. That such accusations should emanate from Berlin, a city the U.S. saved from Soviet domination during the Berlin Airlift, underscores the depth of distrust for the American president.

“This isn’t the hour for the will of the strongest to prevail, but for solidarity and cooperation,” said German conservative Norbert Röttgen, chairman of parliament’s foreign affairs committee and a candidate to succeed Angela Merkel as chancellor.

Even as Washington has scrambled to debunk the story (and a similar unsubstantiated tale involving masks bound for France last week), it’s been tough going because what Berlin is alleging sounds just like something Trump would do. Germans are still seething over an apparent attempt by Trump last month to quietly secure the rights to a coronavirus vaccine under development in Germany.

“We consider this to be an act of modern piracy,” Geisel told Berlin daily Tagesspiegel on Friday, referring to the alleged mask caper. “This is no way to treat transatlantic partners. Even in times of global crisis, we shouldn’t resort to the tactics of the Wild West.”

This time, though, it was the Berliners who shot before asking questions.

Not only is there no evidence that the U.S. confiscated the masks in Thailand (where Washington has no jurisdiction), so far there’s no proof that the shipment in question even ended up in the U.S.

American officials told POLITICO they have no information about any mask shipment bound for Germany from Bangkok that was then redirected to the U.S. They point out that with virtually every country in the world facing a shortage of protective gear, the competition for masks and other equipment is intense. American states and cities have also been competing with one another for supplies, including ventilators, a process New York Governor Andrew Cuomo compared to “being on eBay.”

Given the scale of U.S. needs, Berlin’s 200,000 masks would hardly seem to be worth the trouble.

“The U.S. is significantly increasing production of material domestically while working through appropriate channels to purchase excess supplies from other countries to meet our needs,” a spokesman for the U.S. Embassy in Germany said.

“The fact is, we ordered 200,000 protective masks. We paid for the order and it was on its way to Berlin,” Geisel, who oversees Berlin’s police force, said Monday.

A Social Democrat who belonged to the former East Germany’s communist party until 1989, Geisel said in a television interview that he had “nothing to take back.”

Even Merkel has declined to give Washington the benefit of the doubt.

“For me, it’s important that we get to the bottom of it,” she said during a press conference on Monday. “We have contradictory statements out there, but I think it should be possible to clear it up.”

What is known is that Berlin police placed an order for at least 200,000 “FFP-2” masks, which provide more protection than conventional surgical masks, from a German medical supplier. The supplier, which Berlin officials have yet to name, ordered the masks in Asia.

Just as the masks, which had been paid for in advance, were about to be dispatched from Bangkok to Germany, the order was redirected to the U.S., according to Martin Pallgen, a spokesman for Berlin’s interior ministry.

But Pallgen and other Berlin officials are relying on information provided by the unnamed supplier, who they say told the city’s police department that the masks were redirected as a result of a “U.S. directive.”

That explanation rang true following Trump’s move last week to invoke the Defense Production Act against 3M, a leading U.S. mask producer, compelling the company to provide more masks to the U.S. market. 3M produces many of its masks in Asia.

Thing is, 3M says it has no record of any order from Berlin. And the U.S. insisted on Monday that it didn’t “take any action to divert any 3M supplies that were destined to Germany.”

In other words, since the city’s order wasn’t with 3M, it wouldn’t have been affected by the Trump directive.

Berlin says it never claimed 3M was involved (it was “the media” that did) and doesn’t know who the manufacturer of the missing masks was.

In other words, the Berliners are taking a page straight out of the Trump playbook and not letting facts get in the way of a good story.

“Whether they were confiscated or cancelled or if someone came with a suitcase full of cash and redirected them to the U.S., our masks ended up in the U.S.,” Geisel said, offering no further details or evidence.

Still, it’s not all bad news for Berlin. The city said on Monday it managed to secure a new shipment of masks for its police — from China.

CORRECTION: An earlier version of this article misidentified New York’s governor. He is Andrew Cuomo.