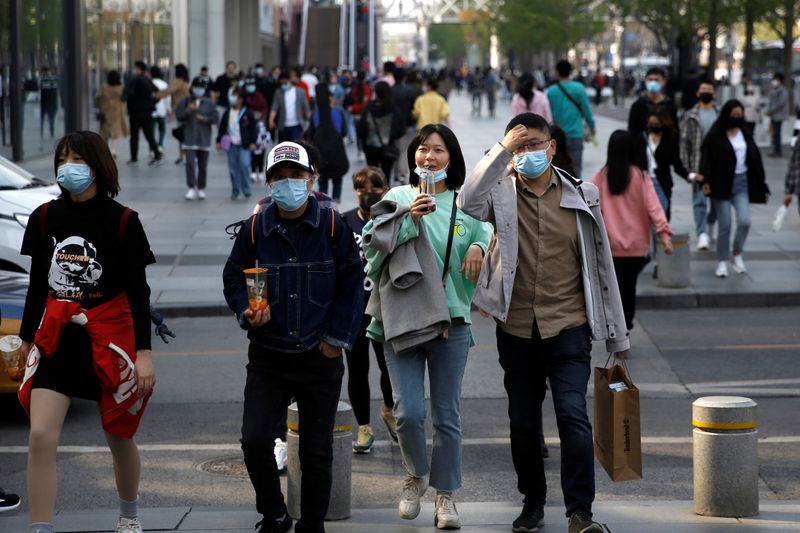 © Reuters. People wearing face masks are seen at a shopping area in Beijing


BEIJING (Reuters) – Mainland China reported on Tuesday a decline in imported coronavirus cases, after closing its borders to virtually all foreigners, while increasing vigilance on infected people who show no symptoms but can still pass on the virus.

Mainland China had 32 new confirmed cases of the coronavirus on Monday, down from 39 cases a day earlier, the National Health Commission said.

All of the 32 confirmed cases involved travellers arriving from overseas, compared with 38 imported cases a day earlier. The overall number of imported infections so far stands at 983, the health authority said.

China has shut its borders to foreigners as the virus spread globally, though most imported cases have…