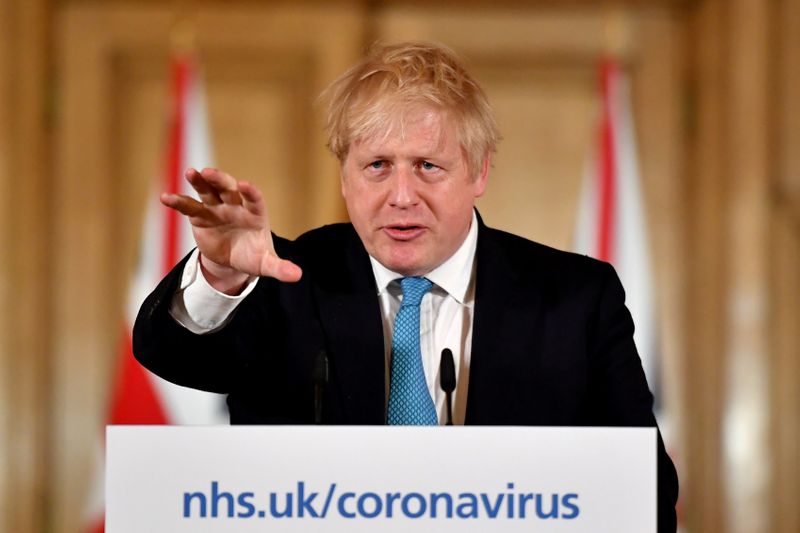 LONDON (Reuters) – British Prime Minister Boris Johnson was in hospital in London for tests on Monday suffering persistent coronavirus symptoms 10 days after testing positive for the virus, but Downing Street said he remained in charge of the government.

Johnson, who had been isolating in Downing Street after testing positive for the virus last month, was taken to hospital on Sunday night because he still had a high temperature and his doctors felt he needed additional tests.

The prime minister is doing well and will undergo routine tests on Monday but will continue to lead the government, Housing Secretary Robert Jenrick said.

“He’ll stay in hospital as long as he needs to do that, but I’ve heard that he’s doing well and I very much look forward to him being back in Number 10 as soon…