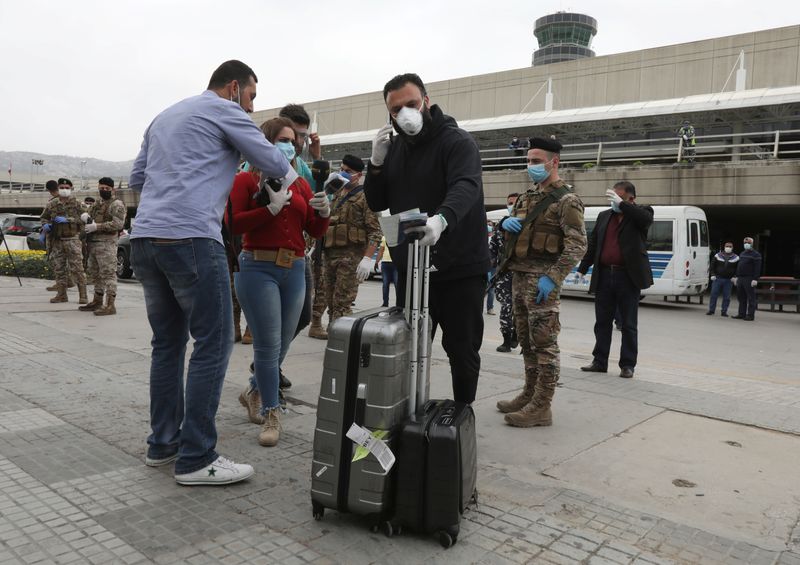 © Reuters. A Lebanese, who was stranded abroad by coronavirus lockdowns, arrives at Beirut’s international airport

BEIRUT (Reuters) – Several flights carrying Lebanese stranded abroad by coronavirus lockdowns began arriving in Beirut on Sunday, part of a trial run to see whether thousands looking to come home can be safely repatriated without worsening the country’s outbreak.

Their return became a charged issue after powerful parliament speaker Nabih Berri threatened to suspend support for the government if it did not act quickly and other top figures urged immediate action.