Spain to extend state of emergency to April 26, rise in infections slows By Reuters 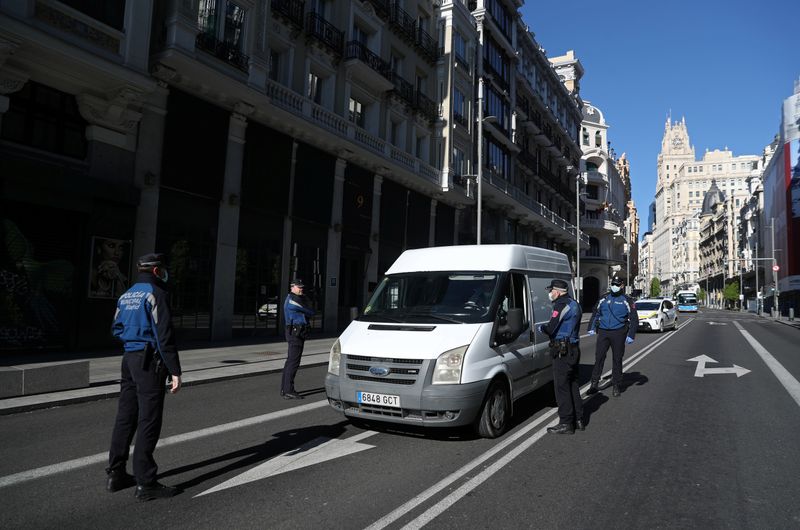 MADRID (Reuters) – Spanish Prime Minister Pedro Sanchez will ask parliament to extend lockdown measures by 15 more days until April 26 as the daily pace of new coronavirus infections and deaths slowed again on Saturday in one of the world’s most hard-hit countries.

After speaking to Sanchez by telephone, opposition leader Pablo Casado tweeted that the premier had informed him “that he will request Congress to extend the state of emergency” for the second time. It was last extended through to April 11.

A government spokeswoman said Sanchez would announce the extension of the state of emergency, which has confined most Spaniards to their homes for three weeks already, at a news conference on Saturday afternoon.

Spain’s total death toll rose to 11,744 – the world’s second highest after Italy – but the 809 people who died from the disease over the past 24 hours, was below…