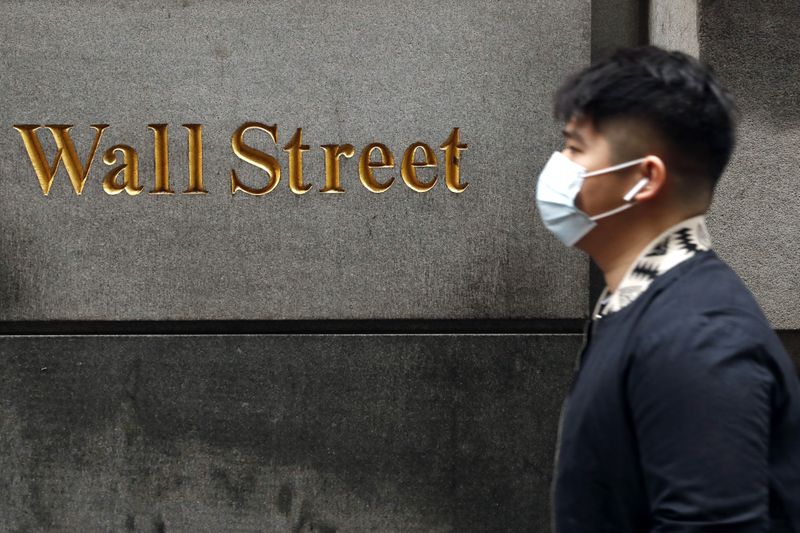 © Reuters. A man wears a protective mask as he walks on Wall Street during the coronavirus outbreak in New York

NEW YORK (Reuters) – Investors are parsing a broad range of signals, from infection counts to more traditional indicators, for clues on the trajectory markets may take in coming weeks as the pandemic caused by the novel coronavirus continues to spread.

Some point to signs that the worst of a vicious sell-off that took the S&P 500 down as much as 34% from its record closing high may be fading, though markets remain turbulent and far off their highs.

Volatility has eased from its March peaks. Fewer U.S. stocks are hitting new 52-week lows. Liquidity in fixed-income markets has improved, and credit spreads, while still wide, have come in from their March highs.

“Most of the damaging, indiscriminate selling was reached in mid-March,” said Keith Lerner, chief market strategist at Truist/SunTrust Advisory Services…