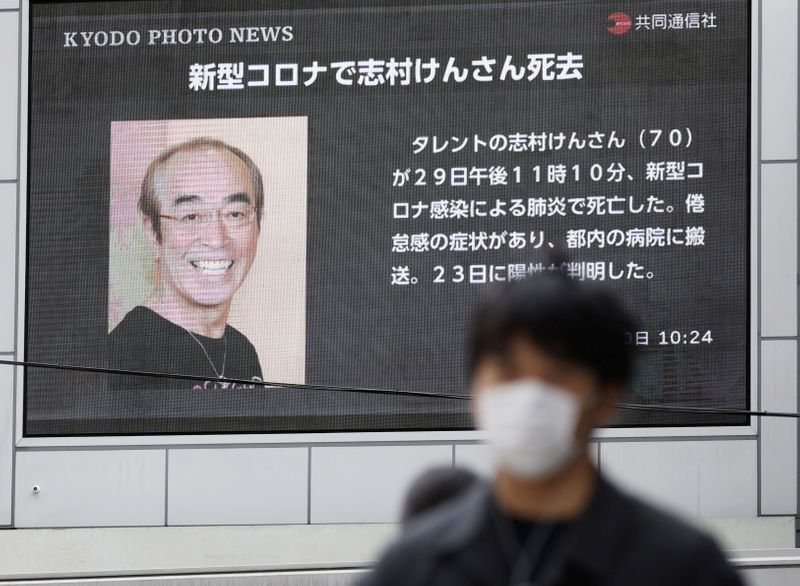 TOKYO (Reuters) – Japanese comedian Ken Shimura, who had been hospitalized after being infected with the new coronavirus, has died, public broadcaster NHK reported on Monday. He was 70.

Shimura, one of the country’s best-known comedians with a career dating back to the early 1970s, had been hospitalized in Tokyo and died on Sunday evening, NHK said.

Disclaimer: Fusion Media would like to remind you that the data contained in this website is not necessarily real-time nor accurate. All CFDs (stocks, indexes, futures) and Forex prices are not provided by exchanges but rather by market makers, and so prices may not be accurate and may differ from the actual market price, meaning prices are indicative and not appropriate for trading purposes. …