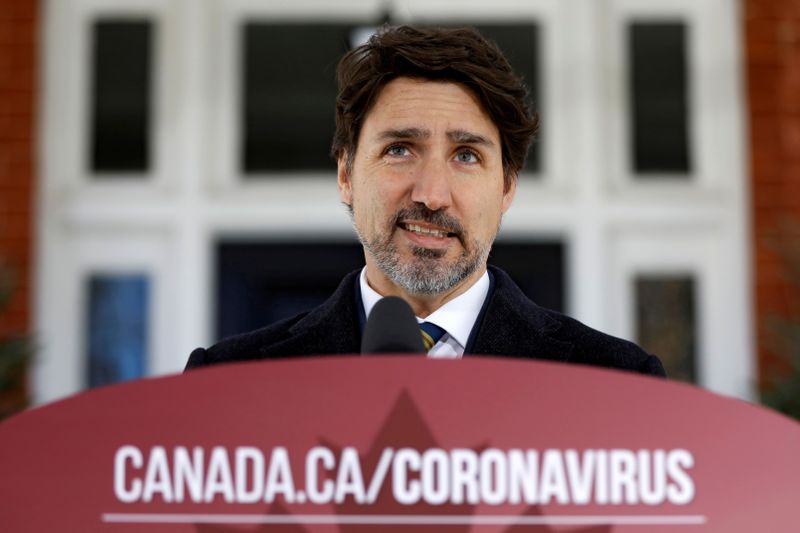 OTTAWA (Reuters) – Canada is not planning for the moment to use troops to help combat a spreading coronavirus outbreak, although the option remains on the table, Prime Minister Justin Trudeau said on Sunday.

All 10 provinces have declared states of emergency and ordered people to stay home. The number of cases rose to 6,280 from 5,655 on Saturday, while the death toll climbed to 63 from 61, according to a tally of provincial announcements compiled by the Canadian Broadcasting Corp.

Quebec – where 8.5 million people are spread across a landmass the size of Western Europe – said on Saturday it was restricting access to eight remote regions with often patchy access to healthcare.

Quebec is also stationing police on the border with the United States to ensure returning travelers know they must go into isolation.