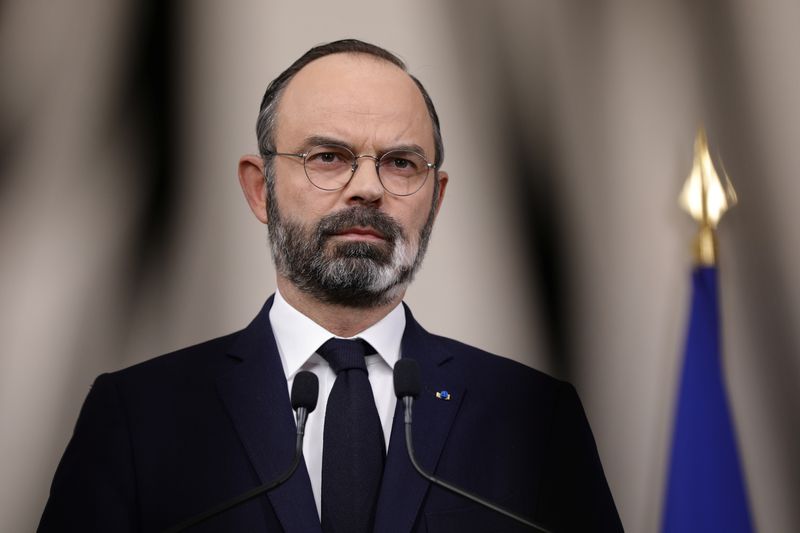 © Reuters. French PM Philippe and Health Minister Veran give a news conference on the coronavirus outbreak

PARIS (Reuters) – The next two weeks will be the toughest yet in the fight against coronavirus in France, Prime Minister Edouard Philippe warned on Saturday as his government raced to add intensive care beds and source protective gear.

The outbreak initially took hold in eastern France, where hospitals have become overwhelmed, and has been spreading west. Doctors in the greater Paris region have said their intensive care units will be full by the end of the weekend.

“We are fighting a battle that will take time,” Philippe said at a news conference. “The first two weeks of April will be harder than the two we have just lived through.”

To free up intensive care beds in worst-hit areas, the army and emergency workers were this weekend stepping up the transfer of patients to less-affected…