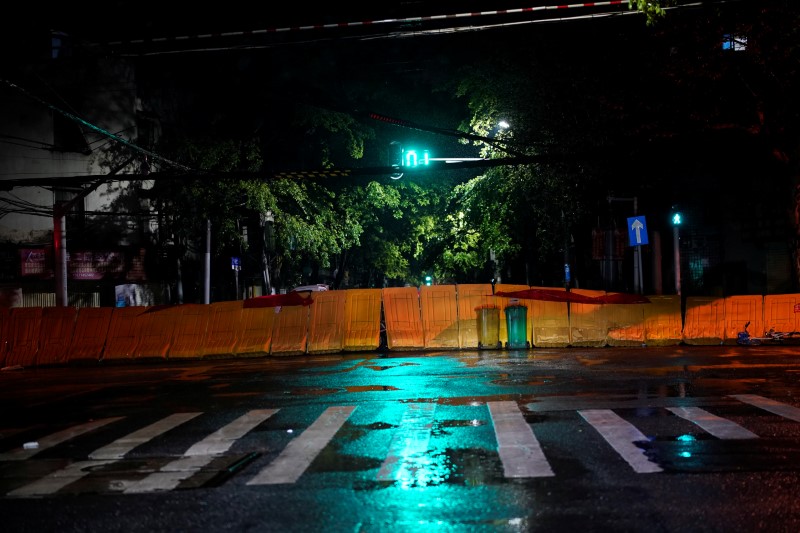 © Reuters. A street blocked by barricades is seen in Wuhan

By Andrew Galbraith and Luoyan Liu

SHANGHAI (Reuters) – China’s official media told people to stay on guard against the coronavirus on Saturday, and restrictions on foreigners entering went into effect, as the country reported no new locally transmitted infections and a small drop in imported cases.

“At this time, we must be extremely vigilant and cautious, and we must prevent the post-epidemic relaxation from coming too soon, leading to the loss of all our achievements,” the Communist Party’s official People’s Daily newspaper said in a front-page editorial.

Reuters could not verify the existence of the National Film Administration’s order to extend cinema closures, but a man answering the phone at a Wanda Cinemas theater in Shanghai confirmed…