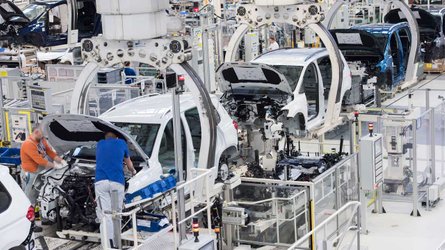 The coronavirus pandemic has hit automakers particularly hard, forcing many around the world, Volkswagen Group included, to halt production. VW announced last week it’d shut down operations across Europe due to the virus. However, according to a new report from Automotive News Europe, the automaker is still spending about $2.2 billion (about 2 billion euros) a week on fixed costs – something no automaker can do indefinitely.

VW, like Ford, FCA, and Toyota, is looking to resume some manufacturing operations wherever it can. That’d mean having workers return to work, maintaining safe distances from one another while continuing to disinfect facilities. CEO Herbert Diess told the Markus Lanz talk show that production is returning in China, though it’s still not back to 100 percent yet.

The automaker is weighing all its options as it meets the same economic uncertainty many companies and people are facing. Job cuts are possible, though the automaker…