Fed Trying To Inflate A 4th Bubble To Fix The Third

Over the last couple of years, we have often discussed the impact of the Federal Reserve’s ongoing liquidity injections, which was causing distortions in financial markets, mal-investment, and the expansion of the “wealth gap.”

Our concerns were readily dismissed as bearish as asset prices were rising. The excuse:

However, after years of zero interest rates, never-ending support of accommodative monetary policy, and a lack of regulatory oversight, the consequences of excess have come home to roost.

This is not an “I Told You So,” but rather the realization of the inevitable outcome to which investors turned a blind-eye too in the quest for “easy money” in the stock market.

It’s a reminder of the consequences of “greed.” 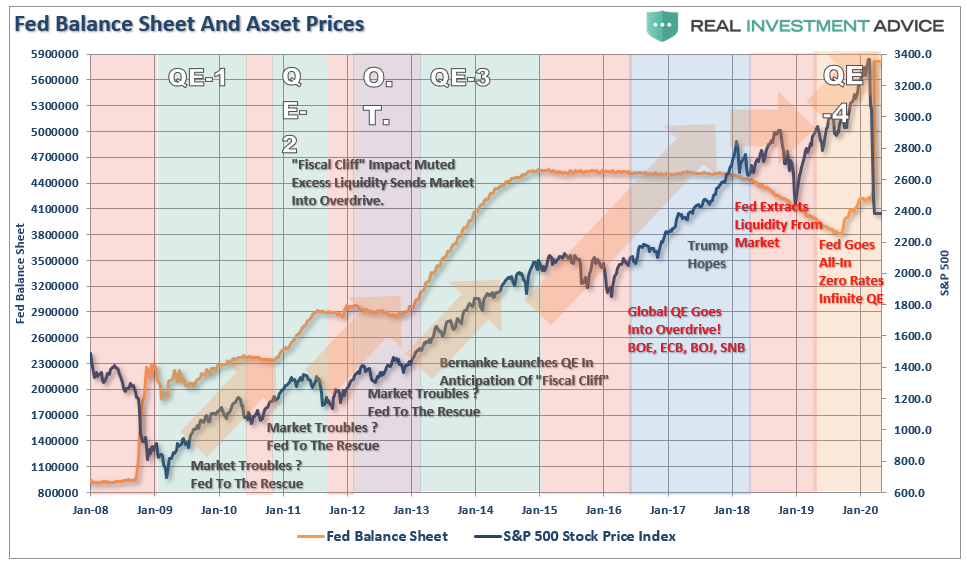 We previously discussed the “liquidity trap” the Fed has gotten themselves into, along with Japan, which will plague economic growth in the future. To wit:

“The signature characteristics of…