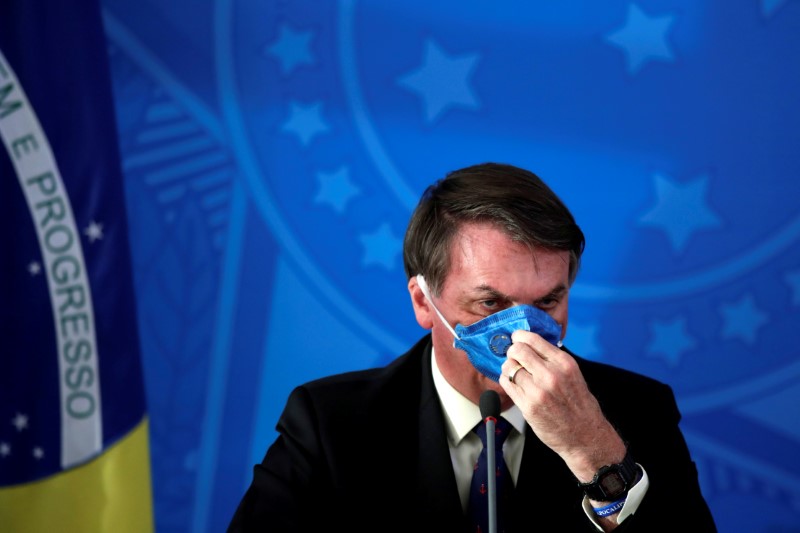 RIO DE JANEIRO (Reuters) – Brazil President Jair Bolsonaro on Wednesday doubled down on his view that state-level shutdowns due to the coronavirus outbreak were likely to cripple the Brazilian economy and raise unemployment, urging on Twitter that they be reversed.

The president, a far-right army captain, was roundly criticized for making that argument in a televised address to the nation on Tuesday, in which he minimized the likely impact of the “little flu” in Brazil.

As he spoke, people in cities across Brazil banged pots and pans in a traditional form of protest. Opinion polls have shown Bolsonaro’s popularity slipping.

“If companies don’t produce, they won’t pay salaries. If the economy collapses, public workers also won’t receive anything. We need…