‘Have We Learned Nothing?’ – POLITICO 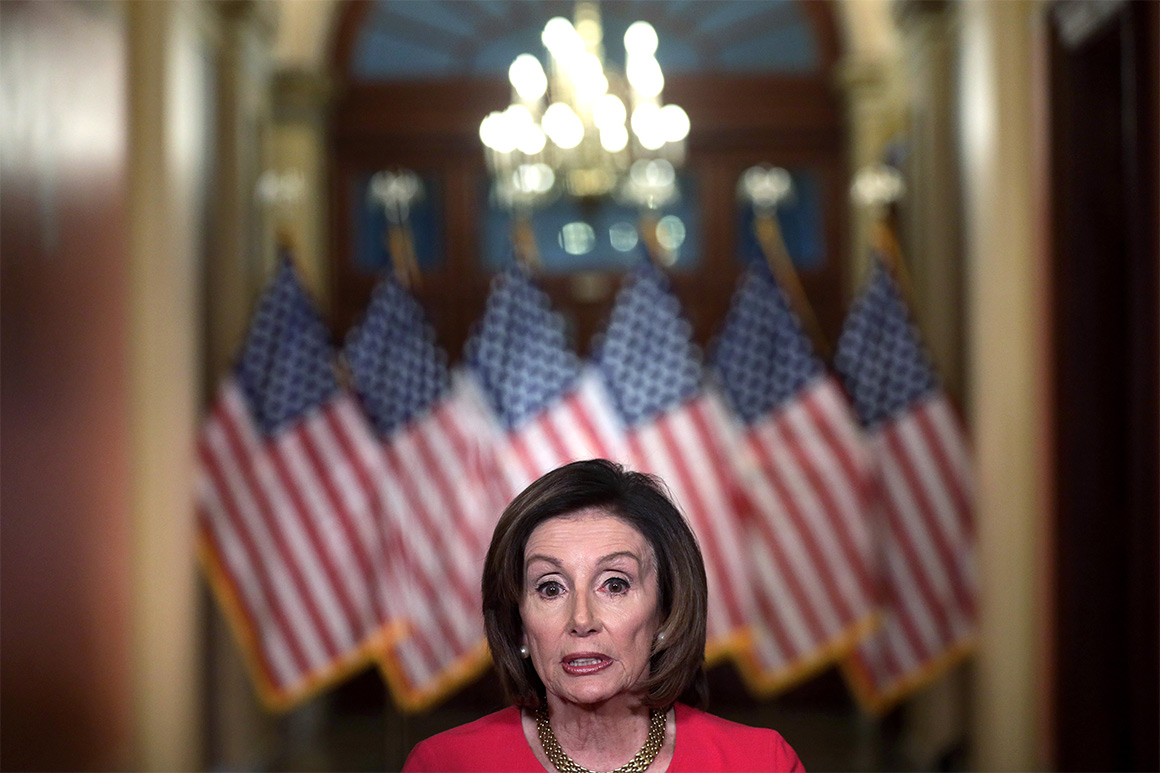 The 2009 stimulus did include down payments on several of Obama’s long-range policy priorities, including education reform, scientific research, infrastructure, and yes, green energy, which received a whopping $90 billion that helped create booms in wind, solar, electric vehicles and LED lighting.

The current House bill takes a different approach, calling for modest spending increases for a grab bag of federal agencies and services but actually limiting its major investments in longstanding Democratic priorities to issues with some nexus to the current crisis. For example, the Democrats pushed for dramatic spending increases on unemployment insurance, which they got, as well as paid sick leave and family leave to help workers stuck at home during the pandemic and a national vote-by-mail system to make sure the coronavirus doesn’t prevent Americans from casting ballots in November, which they didn’t get.

But other than the money for struggling transit agencies and a $1 billion program to help bailed-out airlines replace high-polluting airplanes with more efficient ones, the House bill mostly ignores the calls from climate hawks for a game-changing down payment on a Green New Deal.

Some Democrats disgusted by the House bill’s cats-and-dogs approach argue that if House Speaker Nancy Pelosi was going to push for anything other than containing the virus and helping cash-strapped families, she should have pushed for more transformative spending that would put Americans back to work over the coming year—like a Marshall Plan to rebuild American infrastructure, or a nationwide initiative to install rooftop solar.

“If you’re going to Christmas-tree this up and spend $2 trillion, why not go big?” asked Kenneth Baer, the former communications director for Obama’s budget office.

Get POLITICO Magazine’s newsletter featuring the best stories of the week and our Friday Cover delivered to your inbox.

Everyone in Washington knows that a crisis can be the best way to ram some pet ideas through, and the Senate Republican proposal, weighing in at a mere 247 pages, includes some efforts to use the crisis to push longstanding conservative priorities, like language limiting aid to health providers that accept Medicaid patients, promoting abstinence education and cutting taxes on certain investment income. Meanwhile, the Trump administration has been using the crisis to try to tighten border restrictions, restrict asylum claims, cancel union elections and give the Justice Department the power to detain Americans indefinitely without trial during emergencies. And since the final congressional compromise includes some of the esoteric Democratic wish list, Republicans who vote for it will to some extent own it.

But if the Capitol Hill negotiations exposed the GOP as the stingier party when it comes to helping workers and vulnerable families, and the more generous party when it comes to helping bailed-out companies avoid strict conditions, the House bill does reinforce stereotypes as the Democrats as the party of big government, exploiting a pandemic to pour taxpayer dollars into heating assistance for the poor, runaway youth programs, and subsidies for little-used airports serving smaller cities. It wouldn’t be a Democratic economic relief bill without an extra $1 billion for Head Start, even when Head Start programs are shuttered for the pandemic.

In 2009, Republican mockery of random projects financed by the Obama stimulus—“turtle tunnels,” “honeybee insurance” and a drug addiction study that the GOP shorthanded as “cocaine monkeys”—helped persuade the public it had nothing to do with jobs, even though subsequent studies found that it helped save millions of jobs. McConnell is the master of that game, and the Democrats who thought they could win it more than a decade ago remember that they ended up losing the House, the Senate and eventually the White House.

“I don’t want to get into fights over either side’s wish list,” Bernstein says. “I think the politics are prohibitive, and the urgency is getting money out the door.”