United States could become coronavirus epicenter: WHO By Reuters 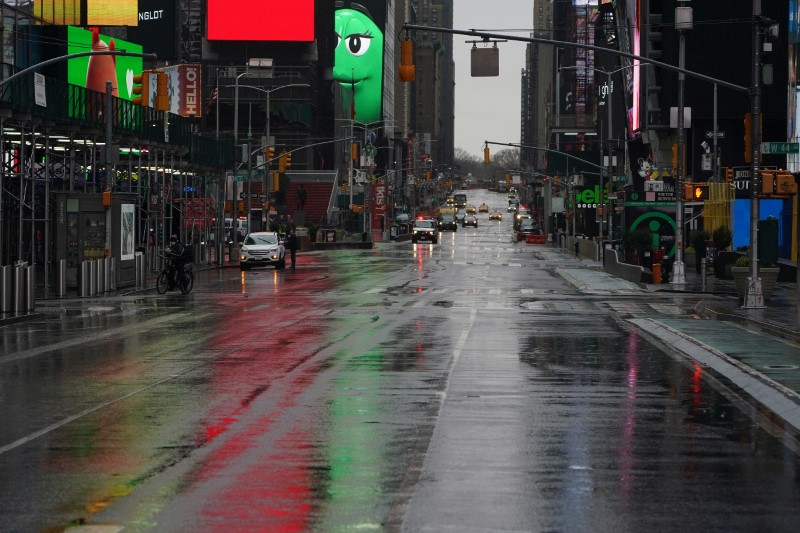 © Reuters. Outbreak of the coronavirus disease (COVID-19), in the Manhattan borough of New York City

By Emma Farge and Stephanie Nebehay

GENEVA (Reuters) – The United States has the potential to become the new epicenter of the coronavirus pandemic due to a “very large acceleration” in infections there, the World Health Organization said on Tuesday.

The highly contagious respiratory virus has infected more than 42,000 people in the United States, prompting more governors to join states ordering Americans to stay at home.

Asked whether the United States could become the new epicenter, she said: “We are now seeing a very large acceleration in cases in the U.S. So it does have that potential. We cannot say that is the case yet but it does have…