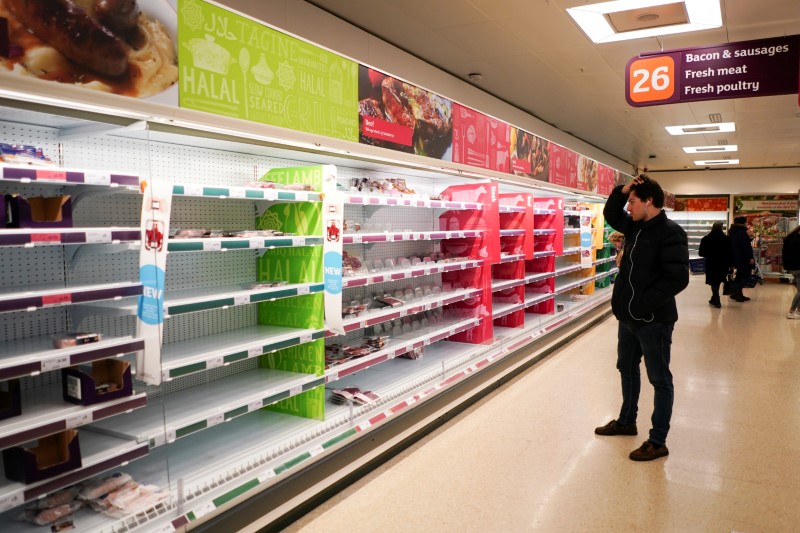 © Reuters. A man stands next to shelves empty of fresh meat in a supermarket, as the number of worldwide coronavirus cases continues to grow, in London

HONG KONG (Reuters) – Evidence of the devastation wreaked on the global economy by the coronavirus pandemic mounted on Tuesday as activity surveys for March from Australia and Japan showed record falls, with surveys in Europe and the United States expected to be just as dire.

After an initial outbreak in China brought the world’s second largest economy to a virtual halt last month, an ever growing number of countries and territories have reported a spike in infections and deaths in March.

Entire regions have been placed on lockdown and in some places soldiers are patrolling the streets to keep consumers and workers indoors, halting services and production and breaking down global supply chains.

Mirroring the emptying of supermarket shelves…