Base $59,995 Chevy Corvette C8 Is Impossible To Find At Dealers 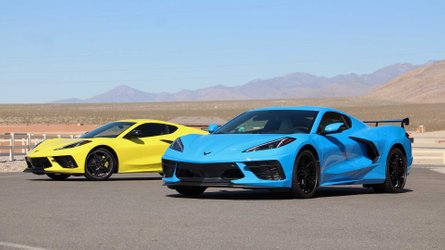 Getting behind the wheel of an entirely standard mid-engined Corvette is easier said than done since an analysis from Cars Direct shows dealers across the United Sates practically don’t have any for sale. After going through nearly 300 C8s listed on Autotrader, they weren’t able to find a single $59,995 car. As a matter of fact, the most affordable ‘Vette they discovered was a 2LT Coupe located at a dealer in Miami asking for $67,295 or over $7,000 than what a bone stock car would set you back.

At the other end of the price spectrum, the most expensive Corvette found after browsing the dealership lots was a 3LT Coupe in Scottsdale for a hefty $112,600. That’s still chump change compared to the $3 million Rick Hendrick paid to have the privilege of owning VIN 001 he said he will never actually drive.

Cars Direct says many of the Corvette C8s they found sitting on dealer lots have actually been sold already, so buying the sports car…