No luck for the Irish as closed U.S. pubs face coronavirus losses on St. Patrick’s Day By Reuters 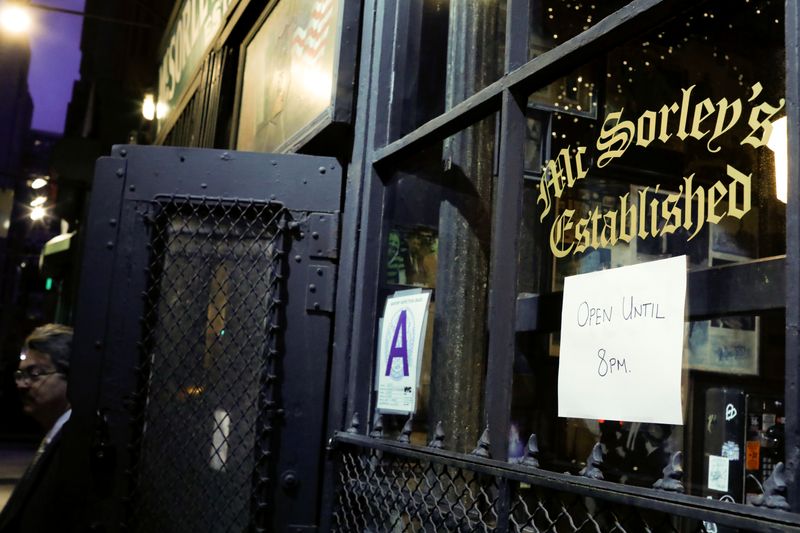 By Gabriella Borter and Ross Kerber

NEW YORK/BOSTON (Reuters) – Orla Sweeney, manager of Connolly’s Irish pub in New York City, expected St. Patrick’s Day to once again be one of her bar’s most profitable days of the year.

Instead, the pub near Times Square (NYSE:) was shuttered on Tuesday, like hundreds of thousands of dining establishments across the United States as state governments enforced closures to control the spread of COVID-19. Sweeney broke the news to her employees on Monday after Governor Andrew Cuomo ordered all restaurants to close that night, and they broke down in tears.

“They were like, ‘Well when can I come back to work?’ And I’m like, I’m not really sure,” Sweeney said. “In this industry, they live week to week, day to day, and right now they have nothing.”

There should have been corned beef, bagpipe music and parades, but the streets of major U.S. cities on Tuesday were desolate as local authorities banned parades…