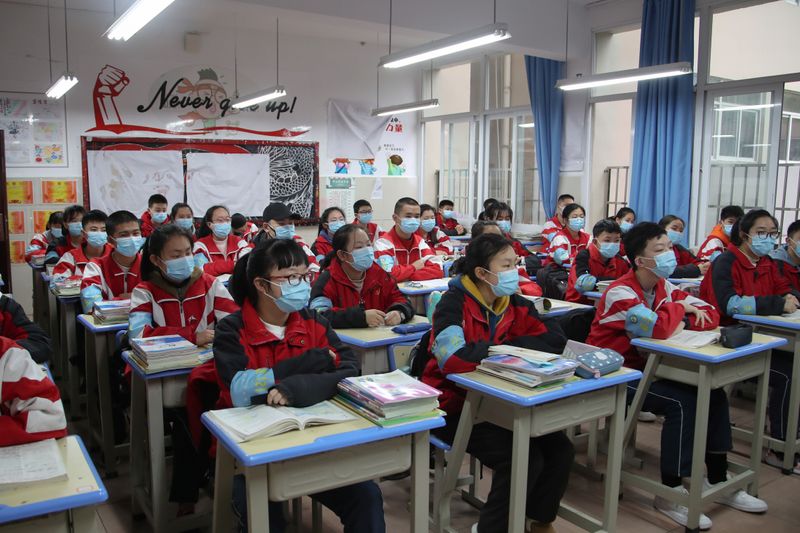 © Reuters. Junior high students wearing face masks attend a class on their first day of returning to school following an outbreak of the novel coronavirus, in Guiyang, Guizhou

(Reuters) – Bars, restaurants, theaters and movie houses in New York and Los Angeles were ordered to shut down and several nations in South and Central America closed their borders in the latest moves around the world to combat the spread of the coronavirus.

The U.S. Federal Reserve slashed interest rates in emergency action and other central banks took similar aggressive steps to cushion the economic impact of the disease, but Asian stock markets and the dollar continued to tumble on Monday.

At an emergency meeting, the Bank of Japan further eased monetary policy by ramping up purchases of exchange-traded funds and other risky assets. Australia’s central bank pumped extra liquidity into a strained financial…