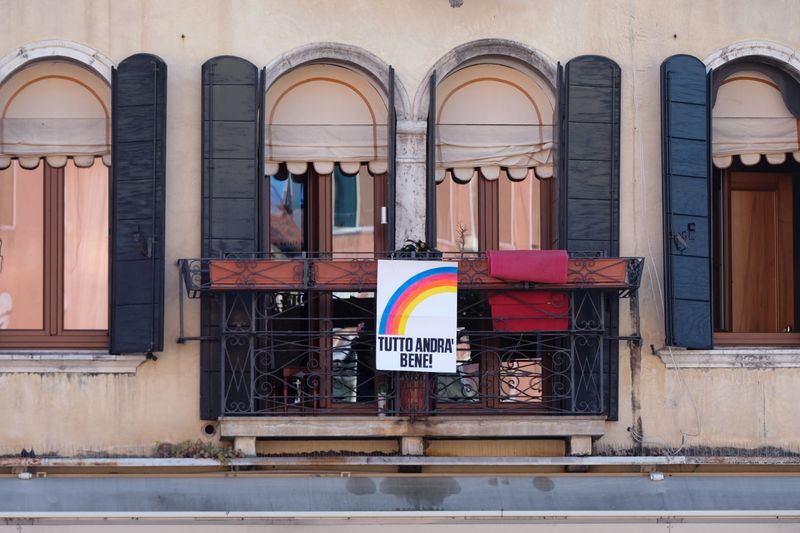 © Reuters. A banner with the motto “Andr? tutto bene – Everything will be ok” is seen in Venice on Sunday with an unprecedented lockdown across of all Italy imposed to slow the outbreak of coronavirus

MILAN (Reuters) – Italian authorities voiced growing concern on Sunday over how much longer strained health systems could cope with the coronavirus outbreak, as thousands of new cases were recorded over the past 24 hours and several hundred more people died.

While the virus has begun spreading rapidly across Europe, Italy remains the second most heavily affected country after China, where the illness first emerged, and the outbreak has shown no signs of slowing.

The government is working urgently on procuring more protective equipment, Prime Minister Giuseppe Conte said, adding there was maximum attention on helping Lombardy, the northern region where the virus emerged three weeks ago.

“Our priority is to keep doctors,…