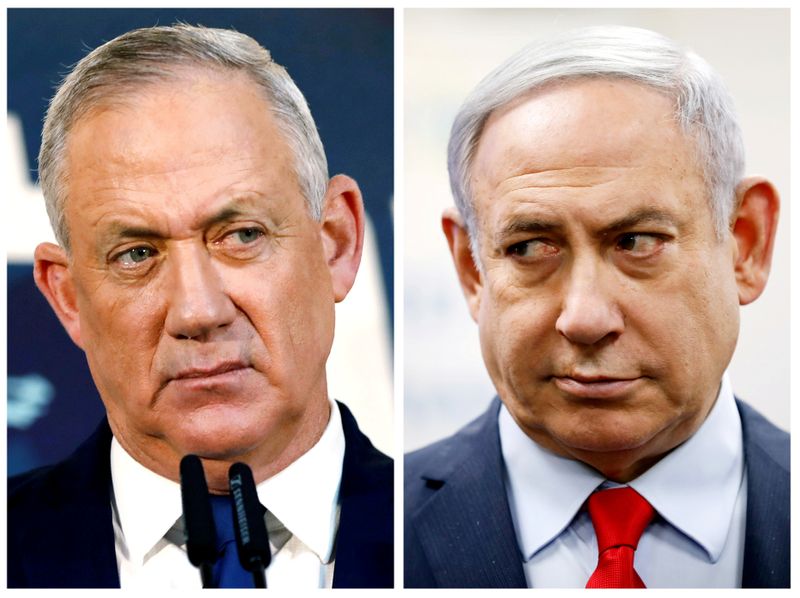 JERUSALEM (Reuters) – Israel’s Prime Minister Benjamin Netanyahu on Sunday proposed a six-month “emergency government” to confront the coronavirus crisis and end a political deadlock after the country’s third inconclusive election in less than a year.

With Netanyahu facing criminal charges in three corruption cases – his trial was supposed to start on Tuesday – political rivals quickly cast dispersions on his motives.

The right-wing Likud party leader made the offer to his main political challenger, former armed forces chief Benny Gantz of the centrist Blue and White party, as Israel’s president was poised to choose a candidate this week to try to put together a governing coalition.

Neither Likud nor Blue and White won enough seats in parliament in the March 2 election to secure a ruling majority on their own, or with the support of potential coalition partners.