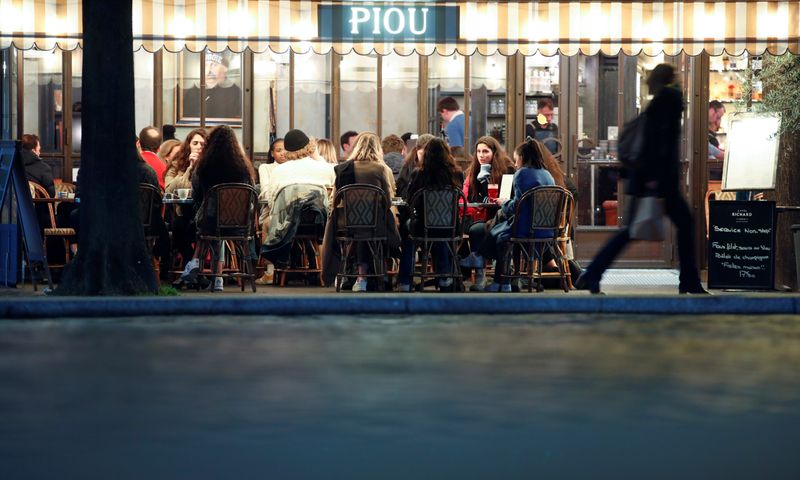 © Reuters. People sit in a outside restaurant, as France’s Prime Minister announced to close most all non-indispensable locations, notably cafes, restaurants, cinemas, nightclubs and shops from midnight on Saturday, In Paris

PARIS (Reuters) – France will shut most shops, restaurants and entertainment facilities from midnight on Saturday and people should stay home as much as possible as the spread of coronavirus is accelerating, Prime Minister Edouard Philippe announced.

He was speaking at a news conference after the public health authority said 91 people had died in France and almost 4,500 were now infected.

“I have decided to close all non-indispensable locations, notably cafes, restaurants, cinemas, nightclubs and shops,” he said. “We must absolutely limit our movements.”

Exceptions to the shop ban will include food stores, pharmacies and petrol stations.

Philippe said the government had been left with no choice…