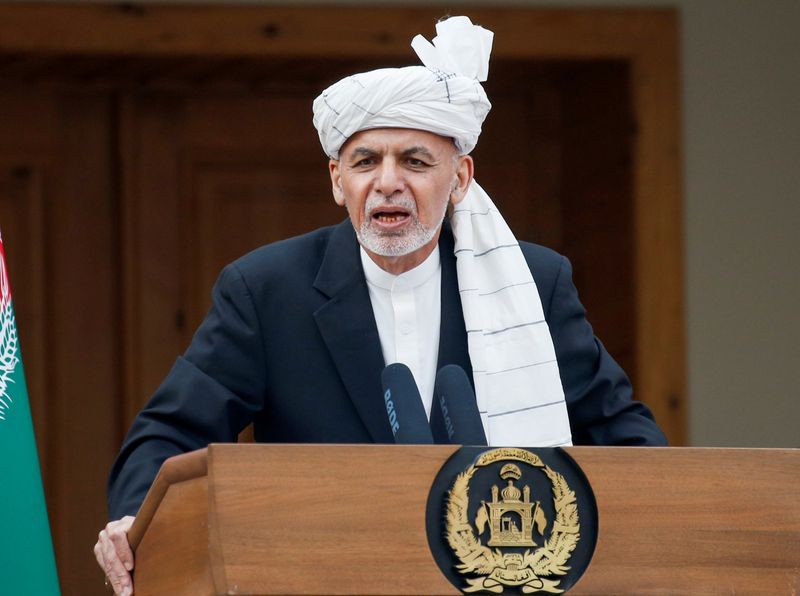 KABUL (Reuters) – Afghan President Ashraf Ghani will issue a decree for at least 1,000 Taliban prisoners to be released this week, five official sources said on Monday, paving the way for opening direct talks between the Afghan government and the Taliban insurgents.

Two Afghan sources said the decree will permit the release of old, ageing Taliban prisoners, a decision that comes hours after Ghani was sworn in as president for a second term.

The Taliban wants Ghani to release 5,000 prisoners as a pre-condition to hold talks with the Afghan government.

Disclaimer: Fusion Media would like to remind you that the data contained in this website is not necessarily real-time nor accurate. All CFDs (stocks, indexes, futures) and Forex prices are not provided by exchanges but rather by market makers, and so prices may not be accurate and may differ from the actual market price, meaning prices are indicative and not appropriate for trading…