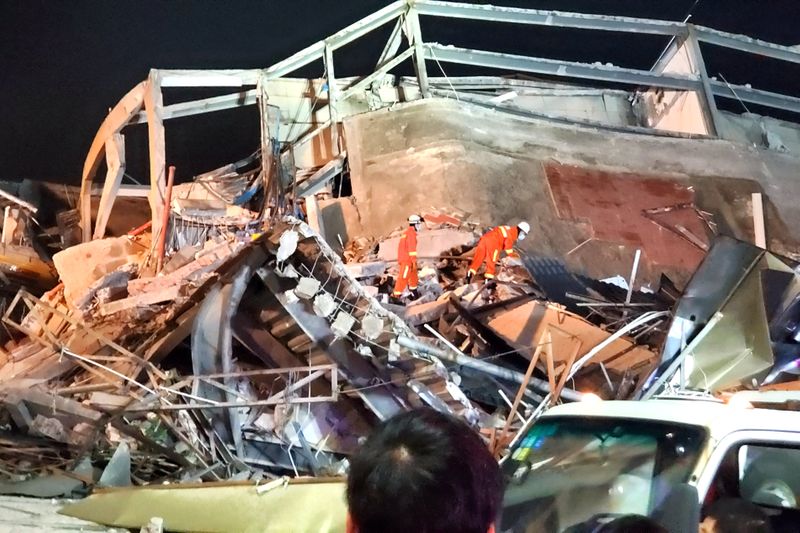 © Reuters. Rescue workers are seen on the site where a hotel being used for the novel coronavirus quarantine collapsed in the southeast Chinese port city of Quanzhou, Fujian

SHANGHAI/BEIJING (Reuters) – Six people have died and 28 remain trapped after the collapse of a hotel that was being used to quarantine people under observation for the coronavirus in the Chinese city of Quanzhou, authorities said on Sunday.

More than 70 people were believed to have been initially trapped in the seven storey building, which collapsed on Saturday evening.

As of 10:30 a.m. Beijing time on Sunday, authorities had rescued 43 people, with 36 of them sent to hospital, the Ministry of Emergency Management said.

A rescue force of over 1,000 people, including firefighters, police…