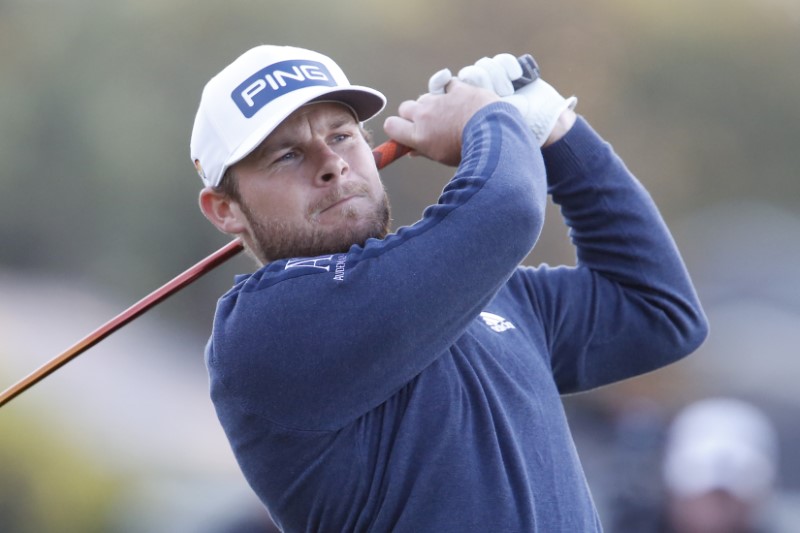 (Reuters) – Englishman Tyrrell Hatton secured a one-stroke victory over Marc Leishman at the Arnold Palmer Invitational in Florida on Sunday.

Hatton hit a series of clutch shots over the dangerous final stretch, culminating with a rock-solid par at the last to clinch his first PGA Tour victory with a two-over-par 74 on another windy day at Bay Hill in Orlando.

He finished at four-under 284, while Australian Leishman (73) claimed second place on three-under. South Korean Im Sung-jae (73) was another shot back in third place.

World number one Rory McIlroy slipped out of contention after he double-bogeyed the sixth and ninth holes.

He shot 76 and tied for fifth at even par.

Disclaimer: Fusion Media would like to remind you that the data contained in this website is not necessarily real-time nor accurate. All CFDs (stocks, indexes, futures) and Forex prices are not provided by exchanges but rather by market makers, and so prices may…