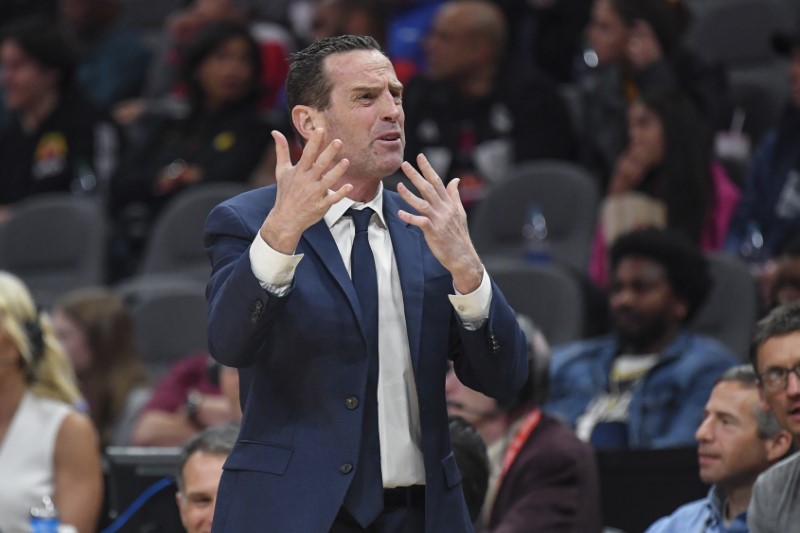 (Reuters) – The Brooklyn Nets have parted ways with head coach Kenny Atkinson and assistant Jacque Vaughn will take charge for the rest of the season, the team said on Saturday.

Atkinson made his NBA coaching debut with the Nets in 2016 and leaves after nearly four seasons, with the team seventh in the Eastern Conference and still in contention for a playoff spot.

“After discussions with Kenny about the progress of the season, we mutually agreed that a coaching change would be in the best interest of the team,” general manager Sean Marks said in a statement.

“This was an extremely difficult decision, however the organization believes it is one that is necessary at this time.

“Kenny was instrumental in developing our players and building the identity and culture we have become known for over these past four seasons. The foundation he helped put into place here is one that we will continue to build on in the coming seasons.”