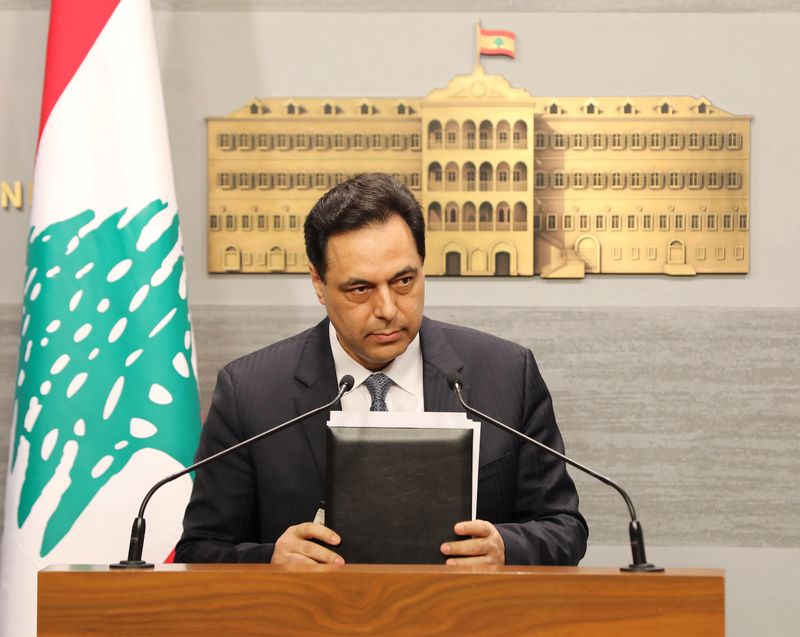 © Reuters. Lebanon’s Prime Minister Hassan Diab speaks during a televised address to the the nation at the governmental palace in Beirut

By Laila Bassam and Ellen Francis

BEIRUT (Reuters) – Lebanon cannot meet its forthcoming debt maturities, the prime minister announced on Saturday, setting the heavily indebted state on course for a sovereign default as it grapples with a major financial crisis.

In a televised address to the nation, Prime Minister Hassan Diab declared the suspension of a bond payment of $1.2 billion due on March 9, saying foreign currency reserves had hit dangerously low levels and were needed to meet basic needs.

Diab said Lebanon’s public debt had reached around 170% of gross domestic product, meaning the country was close to being the world’s most heavily indebted state.

“The debt has become bigger than Lebanon can bear, and bigger than the ability of the Lebanese to meet interest payments,” he said. “In light of…