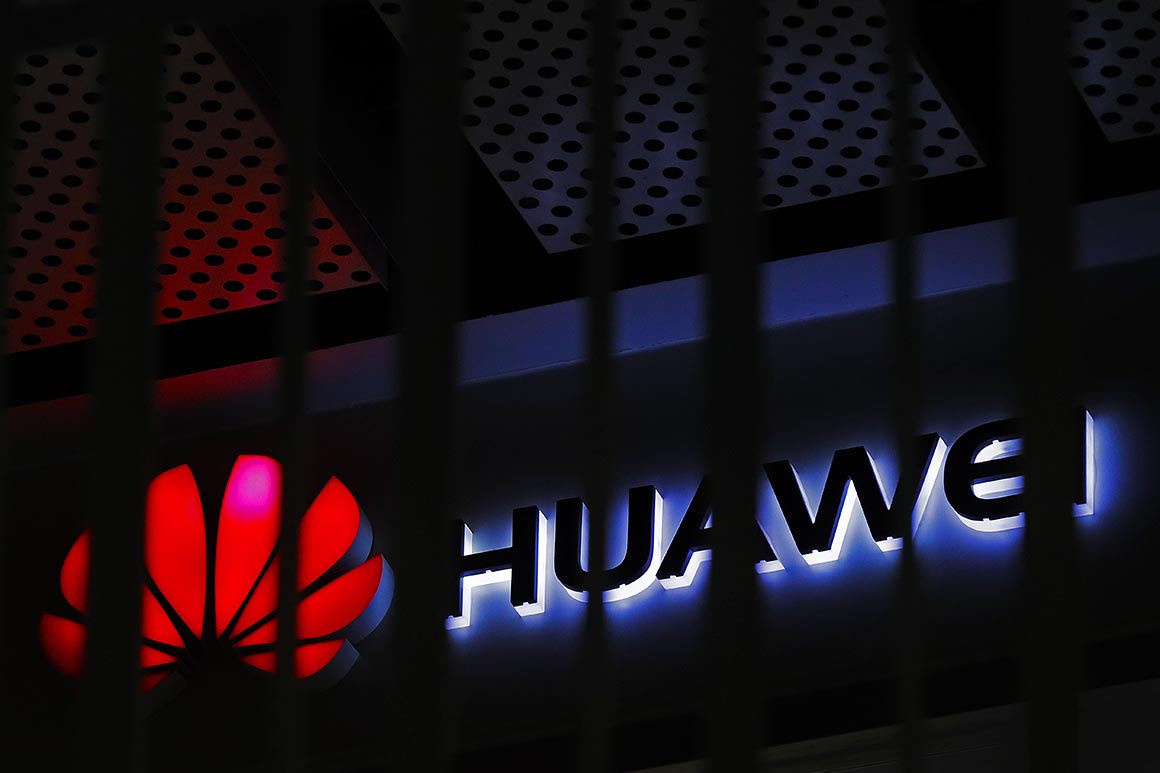 “It’s really the next level of the localization strategy,” said Mathieu Duchâtel, director of the Asia program at French think tank Institut Montaigne. “It makes sense in terms of diversification of the supply chain.”

Huawei has been under immense pressure from the U.S. government in the past year, including through a ban on companies supplying components and software to the Chinese network gear and smartphone maker.

Its move to pour millions of investment into Europe also comes with clear demands to stop banning its equipment, officials told POLITICO.

“How can you invest billions of euros in a location where you expect the government to still make a decision that could be discriminatory?” a Huawei spokesperson told POLITICO ahead of Thursday’s announcement.

“There needs to be investment clarity and assurances that we know we are there to stay,” the spokesperson added.

European governments are currently implementing measures to reduce telecom security risks, including those associated with Chinese 5G equipment vendors. Capitals have until the end of April to introduce the new measures recommended in the EU’s 5G security “toolbox” document.

The U.K. already introduced restrictions on using Huawei’s equipment, including banning it from “core” networks and introducing a 35 percent market share cap to use it in “radio access networks” like base stations and antennas. France is currently rolling out new restrictions on using Huawei equipment, including blocks on areas and cities deemed sensitive.

While Huawei’s announcement didn’t disclose where the factory would be located, top-level staff courted French local lawmakers in the Alsace region in the months leading up to Thursday’s announcement.

Abraham Liu, the company’s chief EU representative, visited Strasbourg twice in the past months — once to deliver a public speech to members of the European Parliament suggesting investment in a factory.

A spokesperson for the Grand-Est region, which includes Alsace, did not immediately respond to a request for comment.

A Huawei spokesperson said Thursday’s decision did not go into details about the specific location of the factory.

The Chinese vendor’s moves to pitch investments are a key part of its strategy to prevent partial bans from popping up across Europe.

Correspondence between the Dutch government and Huawei’s local, European and global executives — obtained by POLITICO through a freedom of information request in the Netherlands — show how the telecom giant floated its investment pitch even as it pleaded with policymakers in The Hague not to impose new 5G security restrictions.

The letters and meeting notes date back to December 2018, when the government started considering imposing stricter requirements that could limit or downsize Huawei’s market presence.

Huawei said in numerous exchanges that it was “considering” setting up a multimillion-euro research and development center in the Netherlands while holding off for the government to solve its domestic security discussions.

At the end of March, one of Huawei’s rotating chairmen (the company has three) sent a letter to Dutch Prime Minister Mark Rutte to angle for a meeting in April.

“Regretfully, mischievous attempts are being made to discredit Huawei in the eyes of European governments and undue pressure is being put on them,” said the chairman in his letter to Rutte. “I am confident that these countries, including your country, will not yield to that pressure and that you will base your position solely on the facts and your own experience.”

After flagging the potential R&D center, the letter goes on to say, “I would like to discuss with you how we can continue to develop our presence in the future.”

Other correspondence dates back to the start of the global storm over Huawei, in December 2018.

The Dutch government deliberated over security measures for months. In December, they finally adopted new requirements for telecom companies aiming to provide 5G networks, which allow them to exclude vendors if they have close ties to foreign states considered to be a risk.

Other European governments received similar suggestions as those offered to Rutte.

Huawei confirmed its plans to build a British research center in Cambridge last May, set to open in 2021. But the investment also added to concerns that the country’s scientific community was increasingly under Chinese influence.

“Huawei has signaled something like this,” Poland’s Digital Minister Marek Zagórski told POLITICO in a recent interview, referring to proposals for investments into research centers in the country.

Zagórski said the company never made its offer “really explicit” and Poland “didn’t receive any official offers,” but the suggestion was made to the Warsaw government.

Huawei has also poured money into “cybersecurity centers” over the past year and a half.

The company opened a cybersecurity center in Bonn, Germany in November 2018 — its most important market in Europe. It then opened its flagship “cybersecurity transparency center” in Brussels this March, just blocks away from the European Parliament and close to the EU Commission’s main headquarters.

Porsche Taycan With Rear-Wheel Drive, Lower Price Is In Development

About Those Vaccine ID Cards…

Do You Really Think the Empire Will Sacrifice the Dollar to Further Enrich Billionaires?

About Those Vaccine ID Cards…

Do You Really Think the Empire Will Sacrifice the Dollar to Further Enrich Billionaires?