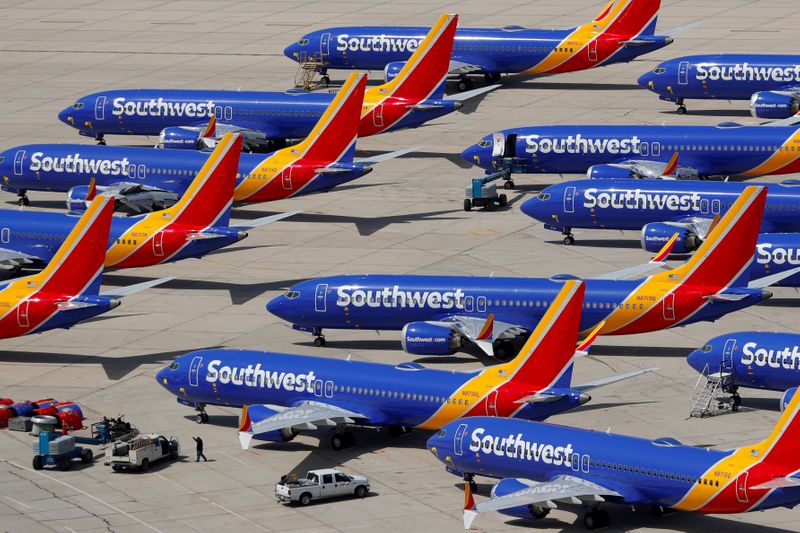 (Reuters) – Southwest Airlines Co (N:) on Thursday warned its first-quarter operating revenue would take a hit of up to $300 million from the coronavirus outbreak, prompting it to cut its quarterly revenue outlook.

The airline said it now expects first-quarter total revenue per available seat mile – a closely followed measure of airline performance – to be down 2% to up 1%, compared with the 3.5% to 5.5% growth it forecast earlier.

Chicago-based United Airlines (O:) was the first U.S. airline to suspend 2020 guidance over the virus outbreak, which has prompted airlines across the world to cut flights and implement cost controls as travel demand falls significantly.

Disclaimer: Fusion Media would like to remind you that the data contained in this website is not necessarily…