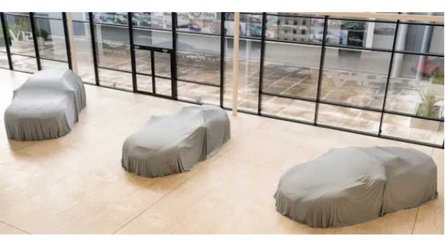 Even though the Geneva Motor Show has been canceled, we’ve had plenty of important reveals this week. There’s at least one more new car we haven’t seen as Aston Martin is about to take the wraps off a new model, unless we’re actually going to see three judging by the thumbnail used to announce there would be a livestream on YouTube.

The identity of the vehicles remains shrouded in mystery, but Aston Martin will be “celebrating an icon and introducing a new era.” Racing Point F1 Team owner Lawrence Stroll, Aston Martin President and Group CEO, Dr Andy Palmer, along with YouTuber Mr JWW will take care of the festivities to “unveil the newest edition to the Aston Martin range.”

One of the hashtags used is #V12Speedster, which can only mean the namesake car teased at the beginning of the year will be revealed today. One of the remaining two cars could be the Vantage Roadster that debuted nearly a month ago, while the other one is most…