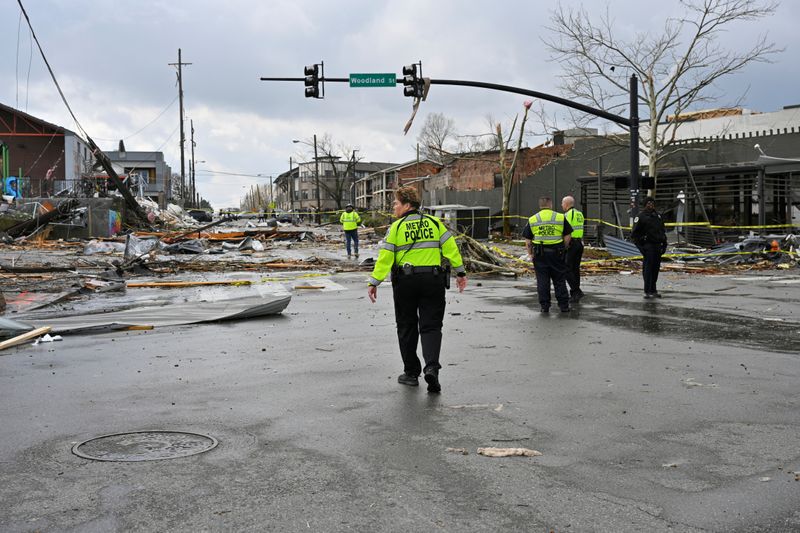 (Reuters) – A day after a series of fierce tornadoes killed 24 people in Tennessee, rescue teams on Wednesday were searching through flattened homes and piles of debris in the north-central part of the state for possible survivors.

The statewide death toll now stands at 24, including five children and 13 adults in Putnam County, about 80 miles (130 km)

east of Nashville, the state capital. An additional 22 people are reported missing in the county, where a string of twisters left a trail of destruction early on Tuesday, officials said during a morning news briefing.

“We have to be concerned because there could be those folks that are still in the area. We could still have some people trapped,” County Mayor Randy Porter said. “But we’re hoping those people are safe and just haven’t let us know that they are.”