Trump Is Turning Coronavirus Into a Useful Enemy 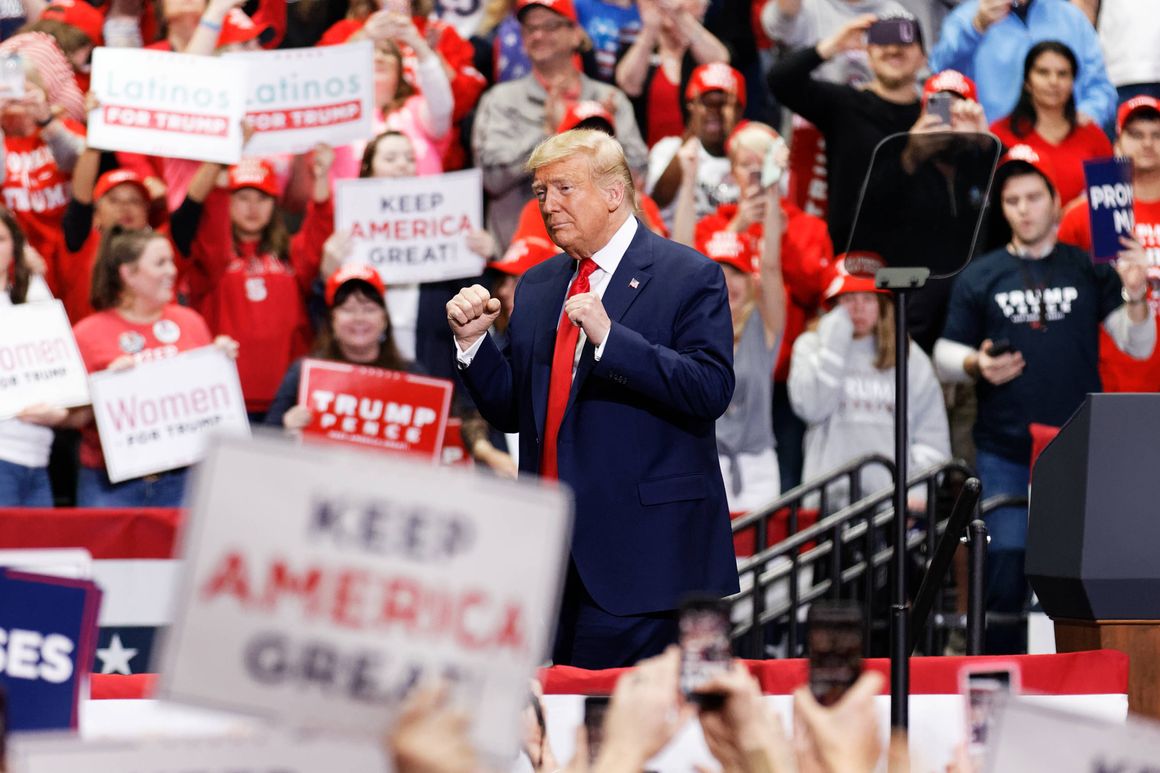 He and his wife told me to Google a video on YouTube of a man in China eating live baby mice.

I wondered what the connection was to the coronavirus.

“You’ve just got a lot of people who don’t have healthy habits,” she said.

Over closer to the porta-potties was Rob Ward from Raleigh. The 44-year-old commercial real estate broker was wearing a MAGA onesie made by a company called American AF.

“From what I’ve read, you’re much more likely to die from the flu than you are from the coronavirus,” said Ward, who actually supported Ted Cruz in the primaries in 2016 and voted third party instead of voting for Trump in the general election but now was … a 44-year-old commercial real estate broker wearing a MAGA onesie.

“I think he’s done a great job,” Ward said, referring to his response to the virus and pretty much everything else. “I think he gets criticized no matter what he does.”

I mentioned his use of the word “hoax” talking about the virus last week at his rally in South Carolina.

“You know, H1N1 and swine flu and all these other things, you know what’s funny,” he continued. “I read an article about the years that they came out. They were all election years. I mean, it was, like, our last six viruses that have happened in the past, like, 15 to 20 years have all been in an election year. Not that I’m saying, you know, it’s manufactured or anything like that, but I just saw it and thought it was interesting.”

I asked him where he’d seen that.

“Did it come across Facebook for you?” I said.

Inside the arena, with 8,600 seats and additional standing space on the floor, Apostle D.J. Wiggins opened with an invocation. “God,” he said, “we thank you that we have a president who is about protecting America and not infecting America.”

After the Pledge of Allegiance, after the national anthem, after Lara and Eric Trump and Diamond and Silk elicited standing ovations, Trump took the stage to rapturous applause.

The New Tyranny Few Even Recognize

The New Tyranny Few Even Recognize