Contracts on U.S. indices for the , and this morning extended Monday’s exuberant Wall Street rally, which including a record gain for the mega cap Dow Jones benchmark.

Traders, however, remain uneasy. Futures fluctuated ahead of a later today between G7 financial ministers and central bank leaders, in hopes of coordinated global policy action. The expectation is that Australia’s quarter-point earlier today could be the start of additional easing by policymakers. Bets on the Federal Funds Rate reveal the market expects a in March.

S&P 500 futures wavered during the Asia session, but a longer look reveals there’s a method behind the indecision. 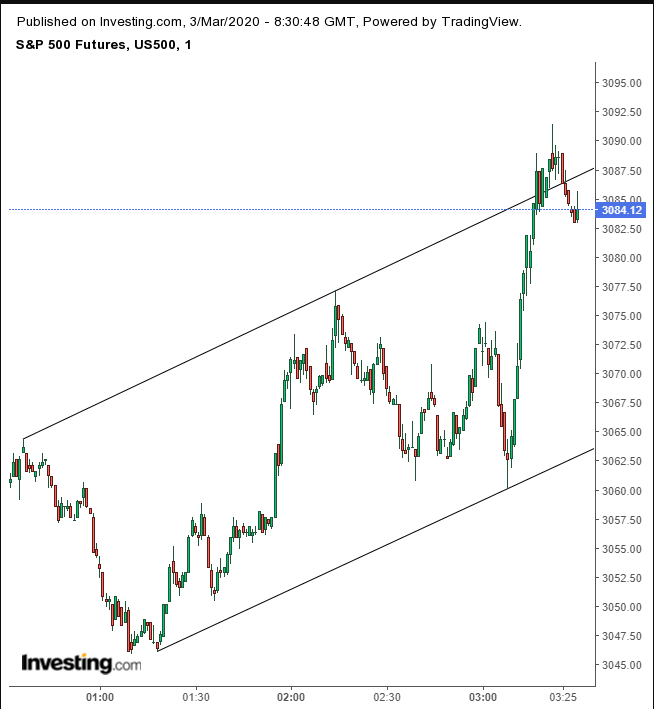 Anatomy of a Bubble and Crash

Anatomy of a Bubble and Crash