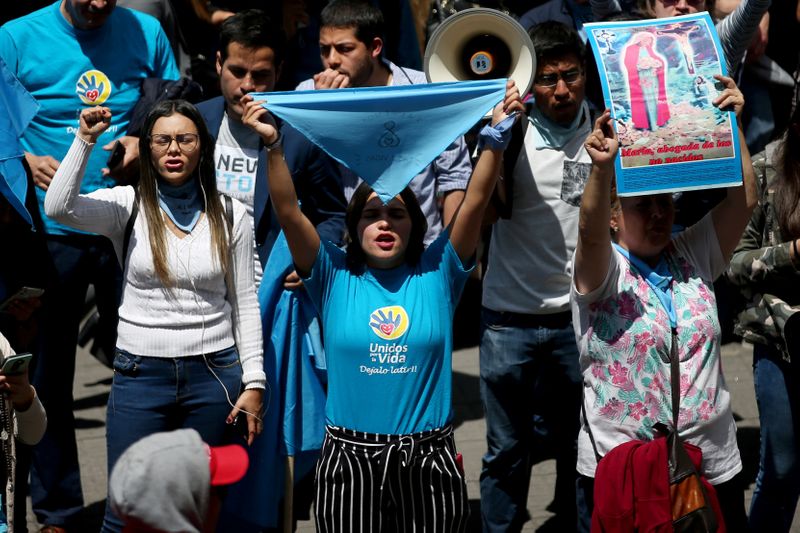 © Reuters. A pro-life activist demonstrates against a rally in support of legal and safe abortion outside the Colombian constitutional court, in Bogota

BOGOTA (Reuters) – Colombia’s Constitutional Court ruled on Monday against legalizing abortions in up to the first 16 weeks of pregnancy and said the procedure would continue to be allowed in just three specific cases.

The decision dashed the hopes of those who had looked to see abortion legalized in Colombia. The Andean country is part of a region that has some of the world’s strictest reproductive rights laws.

The court rejected a case that looked to return the country to a ban on the practice in all circumstances, but also said it would not make abortion legal during the first four months of pregnancy.

As before, abortion will only be allowed if a mother’s life is at risk, if a fetus is malformed or if the pregnancy is a result of rape.

The decision was met with outcry by human…