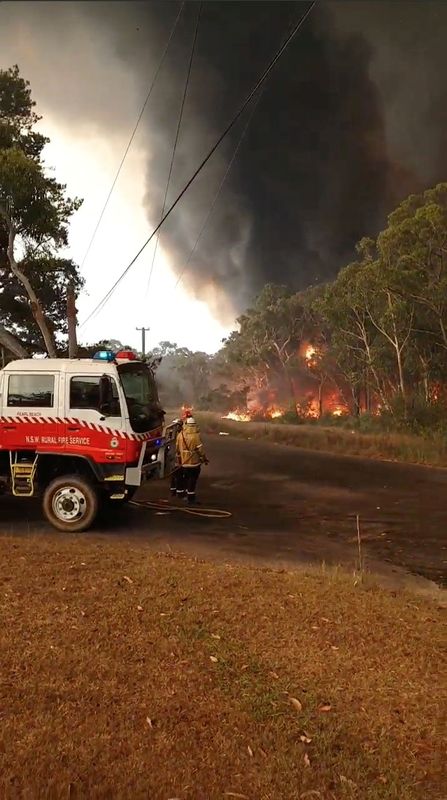 SYDNEY (Reuters) – Australian authorities on Wednesday confirmed a third person had died in devastating bushfires that engulfed the southeast coastal region this week and said a fourth person was missing and feared dead.

Fanned by soaring temperatures, columns of fire and smoke blackened entire towns on Monday and Tuesday, forcing thousands of residents and holidaymakers to seek shelter on beaches. Many stood in shallow water to escape the flames.

In total, there have been 12 fire-related deaths across Australia since blazes broke out a few months ago, including three volunteer firefighters, after a three-year drought in large parts of the nation created tinder-dry conditions.